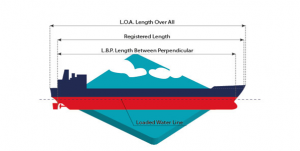 Length ( Loa) = Horizontal distance over the extremities between bow and stern 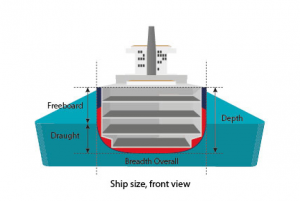 A vessel could be:

Measured imaginary horizontal of the upper part of the spine plate.

Waterline of a vessel immersed in water:

Shows the maximum allowed value of a sinking ship, leaving enough space for safety. Lloyd’ s Register of British and Foreign Shipping was the first to introduce loading recommendations in 1835.

In 1860 Samuel Plimsoll ( 10 February 1824 – 3 June 1898 a British politician, took up the load line cause after more and more vessels were lost due to overloading. His efforts against what was called at the time “ coffin ships” ( unseaworthy, overloaded vessels, often heavily insured, in which owners risked the lives of their crew) were paid off when in 1876 the United Kingdom

Merchant Shipping mandated the marking load line. The location of the loading line mark is not connected to the 1894 law.
In the 1930 Load Line Convention, the application of load line regulations became international. Later on, in 1966 during the Load Line Convention held in London, the rules of 1930 were and amended. 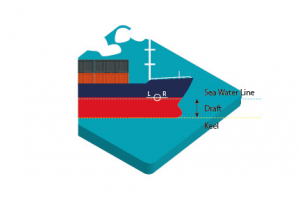 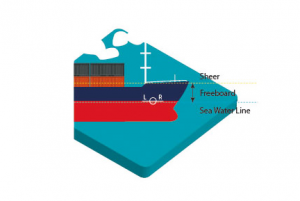